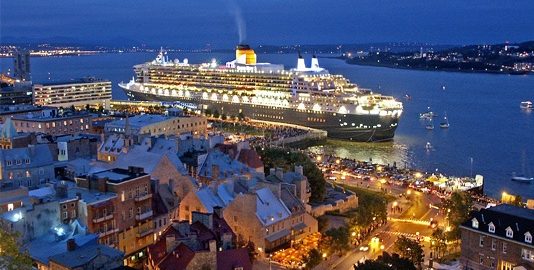 “We are proud to be hosting the Cruise Canada New England Symposium for the first time in its thirteen years,” said New York City Economic Development Corporation President Seth W. Pinsky. “The cruise industry continues to be an economic boon for the City, and today’s announcement that the Carnival Miracle will start offering year-round cruises from New York City will do even more to stimulate our economy, bringing additional visitors and generating nearly $13 million in direct spending.”

“New York City’s cruise industry is so vital to the health of our $31 billion tourism industry—as more cruise lines call on New York, more visitors will get a chance to experience the five boroughs’ unique energy, diversity and dynamism. We also applaud Carnival for their announcement today that they will establish a year-round presence in New York,” said George Fertitta, CEO of NYC & Company, the City’s marketing, tourism and partnership organization.

Beginning in April 2012, the Carnival Miracle will make an additional 21 calls at the Manhattan Cruise Terminal, with destinations that include the Bahamas and Caribbean Islands. The ship calls will bring an estimated 52,000 additional embarking passengers into New York City, resulting in an estimated $13 million in direct spending. The Carnival Miracle will be the third major cruise ship to call year-round in New York City.

“New York is one of the highest-rated homeports for ‘Fun Ship’ cruising. Carnival Miracle’s new year-round eight-day departures offer consumers the best of both worlds — a choice of three attractive year-round Caribbean and Bahamas itinerary options with the opportunity to depart from one of the world’s great cities,” said Carnival President and CEO Gerry Cahill.

Last year, New York City had a record-breaking tourism year, welcoming 48.8 million visitors—39.1 million domestic and 9.7 million international—who spent $31 billion. New York City also has a 33 percent market share of all overseas travel to the United States, the highest in the nation. Tourism is the City’s fifth largest industry and impacts 320,000 jobs in the hospitality and leisure sector.

The Carnival Miracle will launch a year-round program of eight-day cruises to the Caribbean and Bahamas from New York beginning in April 2012. On this schedule, Carnival Miracle will offer three uniquely different eight-day itineraries that visit a diversity of islands throughout the Caribbean and Bahamas. The itineraries include:

New York City Economic Development Corporation is the City’s primary vehicle for promoting economic growth in each of the five boroughs. NYCEDC’s mission is to stimulate growth through expansion and redevelopment programs that encourage investment, generate prosperity and strengthen the City’s competitive position. NYCEDC serves as an advocate to the business community by building relationships with companies that allow them to take advantage of New York City’s many opportunities. Find us on Facebook and Twitter to learn more about NYCEDC projects and initiatives.

NYC & Company is the official marketing, tourism and partnership organization for the City of New York, dedicated to maximizing travel and tourism opportunities throughout the five boroughs, building economic prosperity and spreading the positive image of New York City worldwide. For more information, visit nycgo.com.

Tags for All Media